Showing posts from November, 2018
Show all

"The Early History Of God: Yahweh and the Other Deities in Ancient Israel" 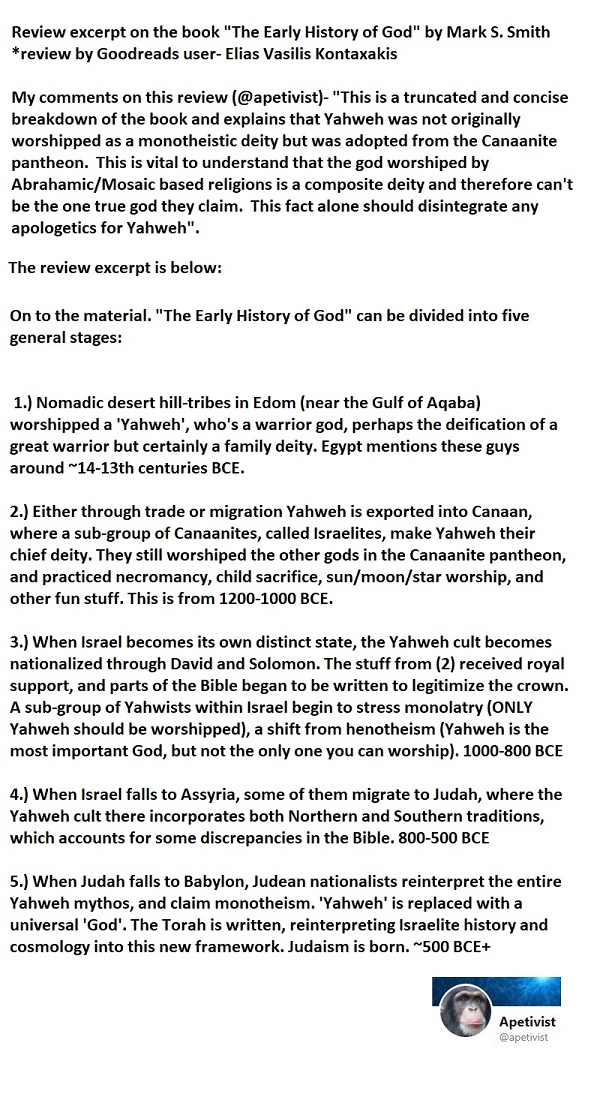 An excerpt from a review of the book "The Early History Of God: Yahweh and the Other Deities in Ancient Israel" by Mark S. Smith Review from Goodreads user known as Elias Vasilis Kontaxakis
Post a Comment
Read more

The Problem of Evil or Suffering by Apetivist

- November 25, 2018
The Problem of Evil or Suffering by Apetivist Is it not possible for Yahweh to have created us all with a sense to do the right thing and also give us the idea of what constitutes wrong things? If Yahweh created the Universe as it is then he intended the world to have evil in light of his omniscience. Free Will Defense is not a good excuse either. Alvin Plantinga's argument states that "It is possible that God, even being omnipotent, could not create a world with free creatures who never choose evil. Furthermore, it is possible that God, even being omnibenevolent, would desire to create a world which contains evil if moral goodness requires free moral creatures." With advances in neuroscience and physics we are beginning to see indications that free will might be illusory and that indeterminism actually means that we are not as in control of the electrochemical reactions in our brain as we may think. This will make for another discussion later. But tha
Post a Comment
Read more